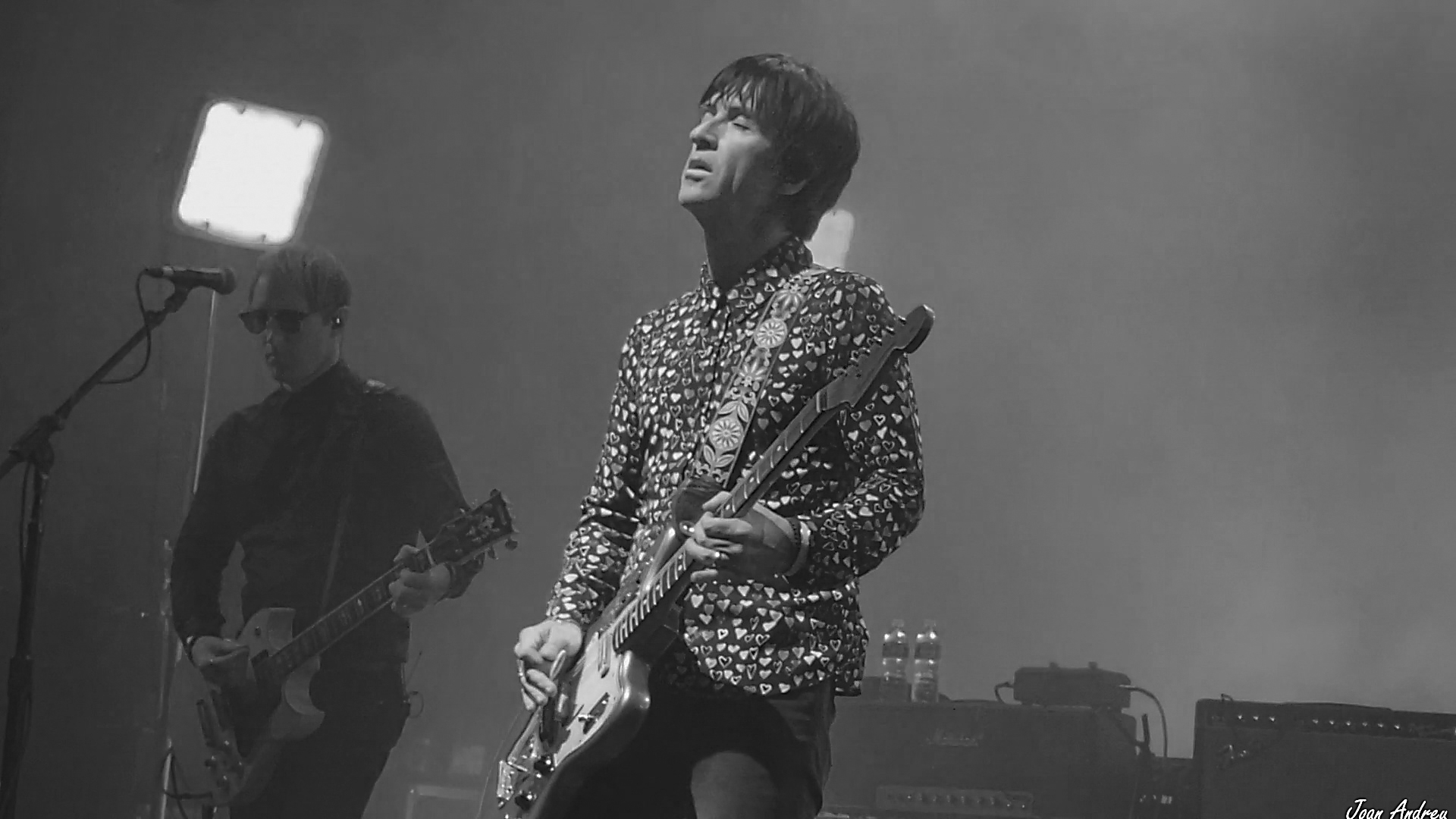 In few words: A magic evening, one of the best concerts my wife Elena and I have ever been to (and we have been to quite many great ones). Amazing music, wonderful guitar show, great atmosphere, Johnny Marr at his best engagingly interacting with the audience and surrounded by a magnificent band. Jack Mitchell (drums), Iwan Gronow (bass) and James Doviak (guitar) are the perfect mix.

When we first learned that Johnny Marr was in concert in the neighborhood we had no doubts: let’s get the tickets immediately!! My dream of finally having seen the main members of The Smiths in concert (separate, in pieces, but anyway…) was about to be true. And it was the right decision, what a show!!

To be honest, I had no idea that Johnny Marr, arguably one of the best guitarists of all times, was performing solo and that he had released three albums in the past four years. It was such a nice surprise!

So there we were, and while we were anxiously waiting for Marr’s appearance, as the opening act we could enjoy the interesting Canadian band The Belle Game  and the outstanding voice of their lead vocals Andrea Lo, who were gently mentioned (very nice of him) by Johnny Marr during his show.

With a rare punctuality nowadays, a non-stop music and best guitar show started, with Johnny and his band enjoying very much what they were doing and transmitting all their joy and feelings to the audience, combining six of my favorite The Smiths songs * with Marr’s new, fresh and great solo compositions. Many of his songs were unknown to me, and I loved them all!! Some like a The Smiths evolved legacy, many others with a new, fresh and innovative style, some reminding me (very personal) bands I love like The Chameleons, New Order or Franz Ferdinand, amongst others. Probably the evolution that The Smiths would have undergone hadn’t they split and if they would have followed Johnny’s view.

I know it is not that fair to compare Johnny Marr’s and Morrissey’s solo present proposals to The Smiths after so many years. They have developed their own projects and music, but The Smiths has been and in many ways still is my favourite band, so I can’t help comparing. Having said that, to me Morrissey  evolved from the The Smiths lyrical side and Marr did it from their most lively one. However, Marr’s Hi Hello is a song I fell in love with the first time I listened to it and that may become a new There is a light that never goes out. You will let me know.

Johnny Marr is developing an amazing project that I will closely follow and enjoy from now on. You can check and listen his songs on Spotify

I strongly recommend you not to miss this concert if Johnny Marr plays in your city or somewhere nearby. My friends in Barcelona have the chance on Nov 26th at Bikini. Check the Call the Comet Tour and enjoy!

*The The Smiths songs performed at the concert were Bigmouth strikes again, The Headmaster Ritual, How soon is now, Last night I dreamt that somebody loved me, There is a light that never goes out, You just haven’t earned it yet baby

This is one of my Johnny Marr’s favourite songs:

This site uses Akismet to reduce spam. Learn how your comment data is processed.